There has been a problem with your Instagram Feed.

Our white drain hose had a leak in it. It’s a common issue we found with older model Monaco Executive motorhomes. So, we just stopped using the sink until we could fix it. It’s a really tight area & didn’t seem like an easy fix, so we called four different RV repair companies. We were traveling a lot & most of them kept asking how long we were gonna be in the area. So, about a month later we found an RV flush company to come out. He quoted us 1200.00.

He said it would take 6-8 hrs & he’d have to take apart the entire cabinet. So, we decided to fix it ourselves. The 4 foot hose cost us 5$ from Lowe’s, it’s a 1 1/2 inch flexible pvc spa hose, some Crissy brand hot blue glue (the purple primer & the blue glue), and two hose clamps.

It took less than an hour & is working fine. Takes a little patience, but well worth doing ourselves. Thought we’d share because we have met a few other older model Monaco owners that had the same issue. 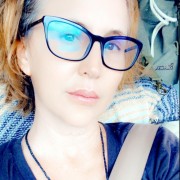 What are your thoughts on this? Cancel reply

This site uses Akismet to reduce spam. Learn how your comment data is processed.

We love taking photos of nature!